About- The Ministry of Earth Sciences (MoES) is mandated to provide services for weather, climate, ocean and coastal state, hydrology, seismology, and natural hazards; to explore and harness marine living and non-living resources in a sustainable way and to explore the three poles (Arctic, Antarctic and Himalayas).

LIFE TIME EXCELLENCE AWARD (One)
The Life Time Excellence Award shall be conferred to an outstanding scientist/engineer/technologist/academician with an exceptionally high lifetime achievement for a sustained and significant contribution in the field of Earth System Sciences.

NATIONAL AWARDS OF EXCELLENCE (Four)
National Awards shall be given for meritorious contribution in the field of (1) Ocean Science, (2) Atmospheric Science & Technology, (3) Geosciences & Technology including Seismology and (4) Ocean Technology/Polar Sciences to scientist/engineer/technologist/academician individually. No age limit.

YOUNG RESEARCHER AWARDS (Two)
Young Researcher Awards will be given to researchers below 40 years of age as on 31st December of the year of Award to encourage excellence in young minds for outstanding research work in the fields related to Earth System Sciences.

ELIGIBILITY FOR NATIONAL EARTH SYSTEM SCIENCES AWARDS
(a) Any citizen of India who is a professionally qualified scientist/engineer/technologist/academician having a meritorious background with significant contributions in any of the fields for which the Awards are given shall be eligible for the National Earth System Sciences Awards.
(b) The award shall be given on the basis of contributions made through work done for the most part in India.
(c) There is no upper limit of age except for Young Researcher Awards.

SELECTION PROCEDURE
(a) The Search-cum-Selection Committee has been constituted to recommend a selection of the awards.
(b) In the Search-cum-Selection Committee for National Woman Scientist Award, there shall be at
least one Woman Member in the Committee and she herself cannot be one of the nominees for the Award for that particular year.
(c) The decision of the Ministry of Earth Sciences shall be final and binding on all.
(d) No representation will be entertained on the recommendations of the sponsors.
(e) Canvassing in any form during the selection procedure would lead to permanent disqualification of the nominee.

Nominations (on the prescribed format) stating significant achievements made by the nominee up to 31st December preceding the year of Award (the date of assessment) must reach the Joint Secretary (Earth Sciences), Ministry of Earth Sciences, Room No.102, First Floor, Prithvi Bhawan, Lodi Road, New Delhi-110003, latest by 30th April, 2020 by e-mail at and [email protected];

NOMINATIONS
The nominations for the Awards can be forwarded by any of the following organization through the designated authorities mentioned below:

Join Our Discussion Forum – Keep your view, share knowledge/opportunity and ask your questions 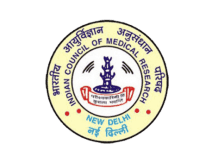 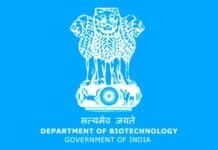 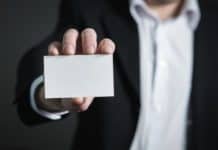